Hillesden is large farm estate in Buckinghamshire. It’s in many ways typical of lowland farmland in South-Central England and of the agricultural practices involved in running a modern, profitable arable farm. Since 2005, UK Centre for Ecology & Hydrology and the Wildlife Farming Company have been running a large experiment at Hillesden to explore the best ways of delivering sustainable food production whilst increasing farmland biodiversity. This has involve taking low-yielding and difficult to farm areas out of food production and replacing them with good quality wildlife habitat. With over ten years of detailed environmental data, Hillesden is a now one of the best studied farms in Britain, and an important source of information on the interactions between farming and the environment. 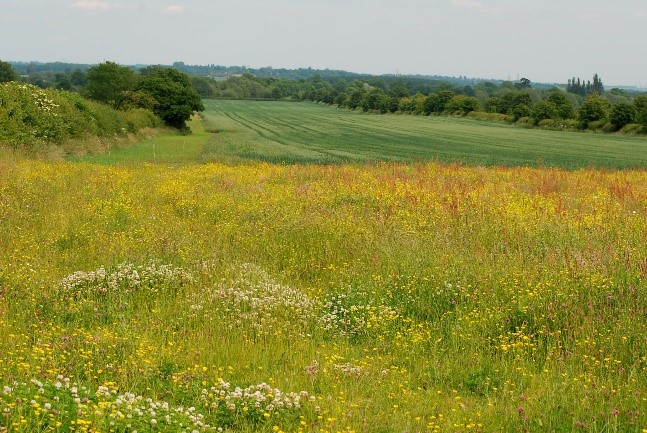 In 2005-2006 a large number of small areas of land that were unprofitable or difficult to farm (e.g. field margins or corners) were taken out of agricultural production for the creation of dedicated habitats that provide wildlife with a home, food or shelter. These included tussocky grass margins, areas sown with wildflowers and pollen- and nectar-rich plants, and patches sown with mixtures of seed-bearing plants for wild birds. The original experiment ran from 2005-2010 and was the biggest government-funded experiment of its kind, exploring the effects of different level of habitat creation under the then newly launched agri-environment scheme Environmental Stewardship. From 2011-2017 the experiment was redesigned to explore the difference between the Entry Level and Higher Level Stewardship schemes. In this phase of the experiment we also compared Hillesden with ‘off-site controls’ – other nearby farms that were similar expect for the level of habitat creation. With these core experiments providing a well-studied landscape with varying levels of habitat creation, Hillesden has also provided an invaluable platform for other experiments, which continue to the present day. 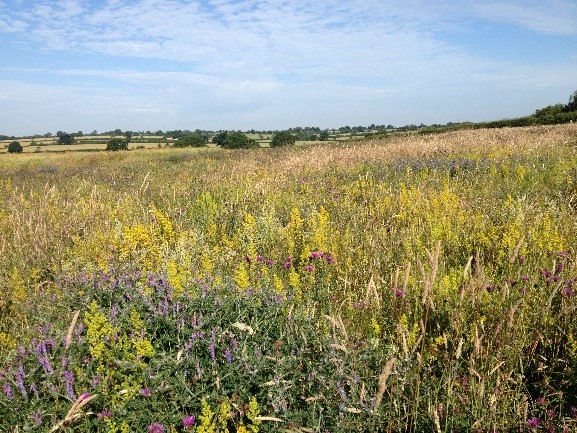 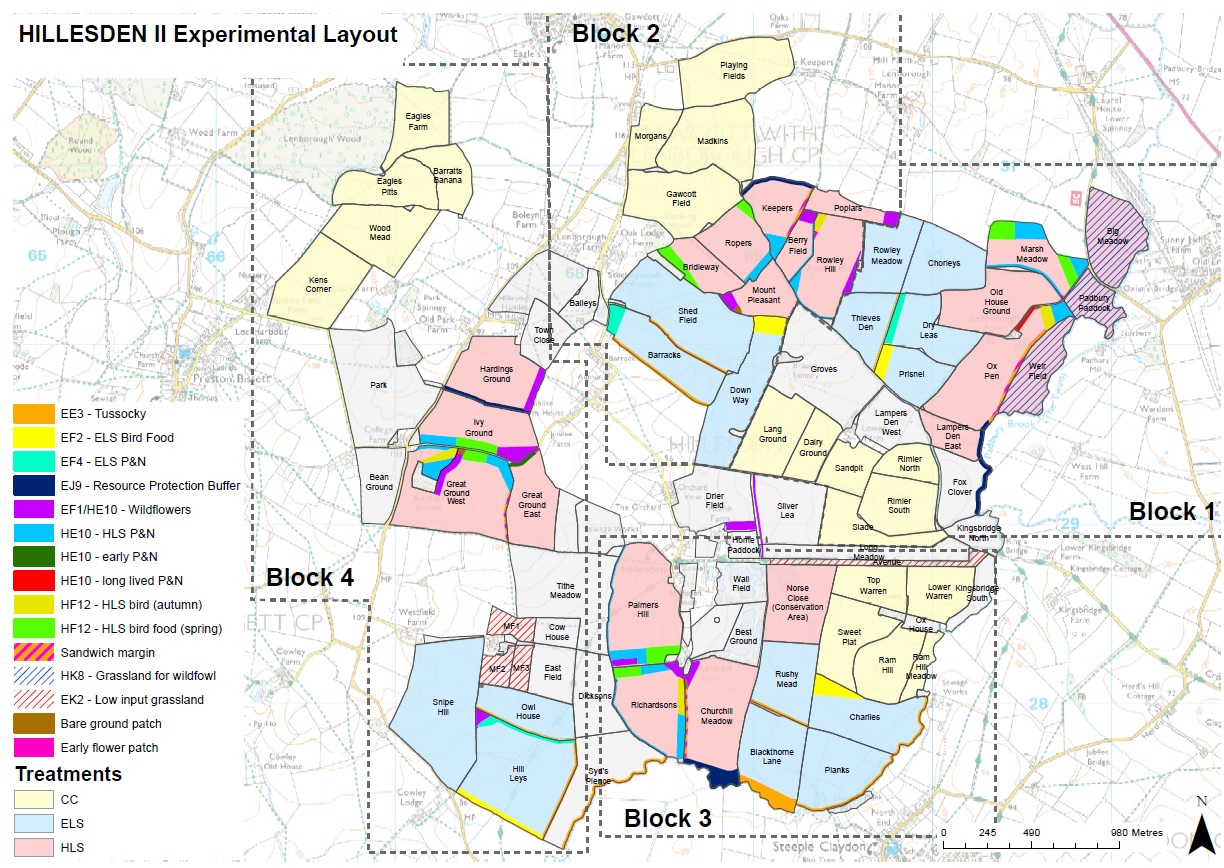 How was the work carried out?

The Wildlife Farming Company advised the farm on which wildlife habitats to sow and how best to look after them. Scientists from UKCEH then monitored a wide range of wildlife and other environmental factors. These included counting birds, butterflies, moths, bees, plants, small mammals and beetles, as well as taking measurements of crop yield, water quality and soil health. 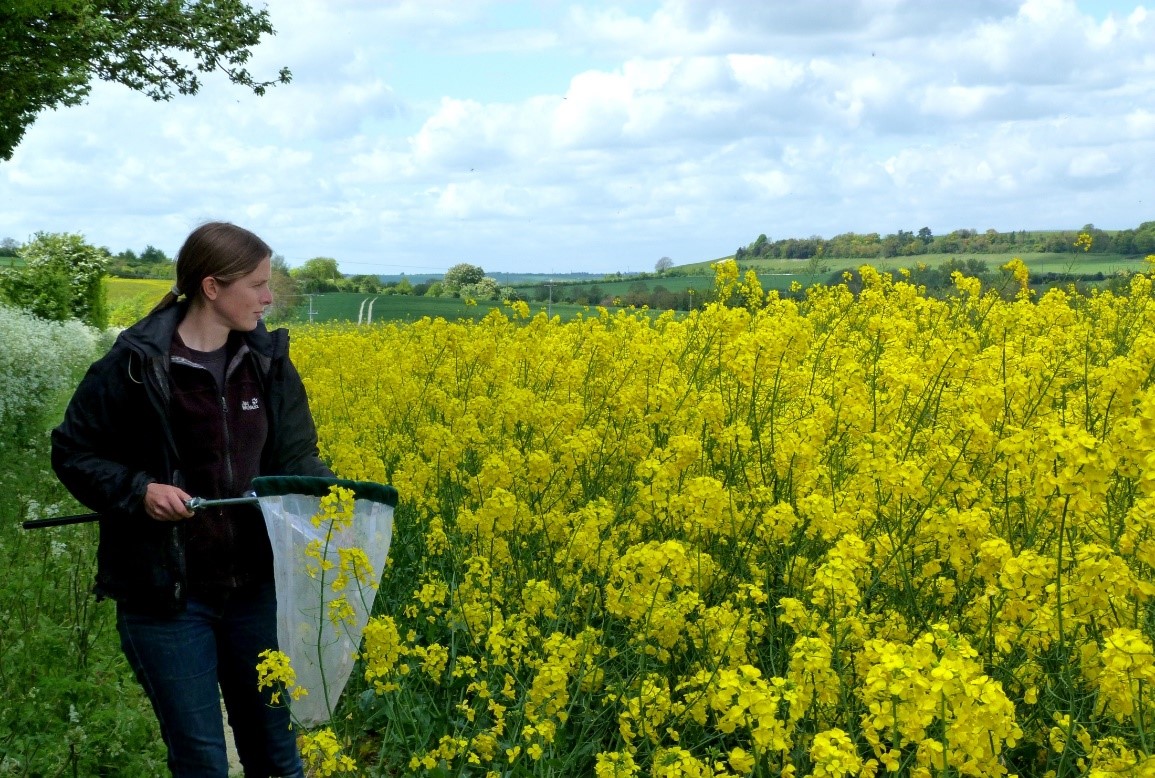 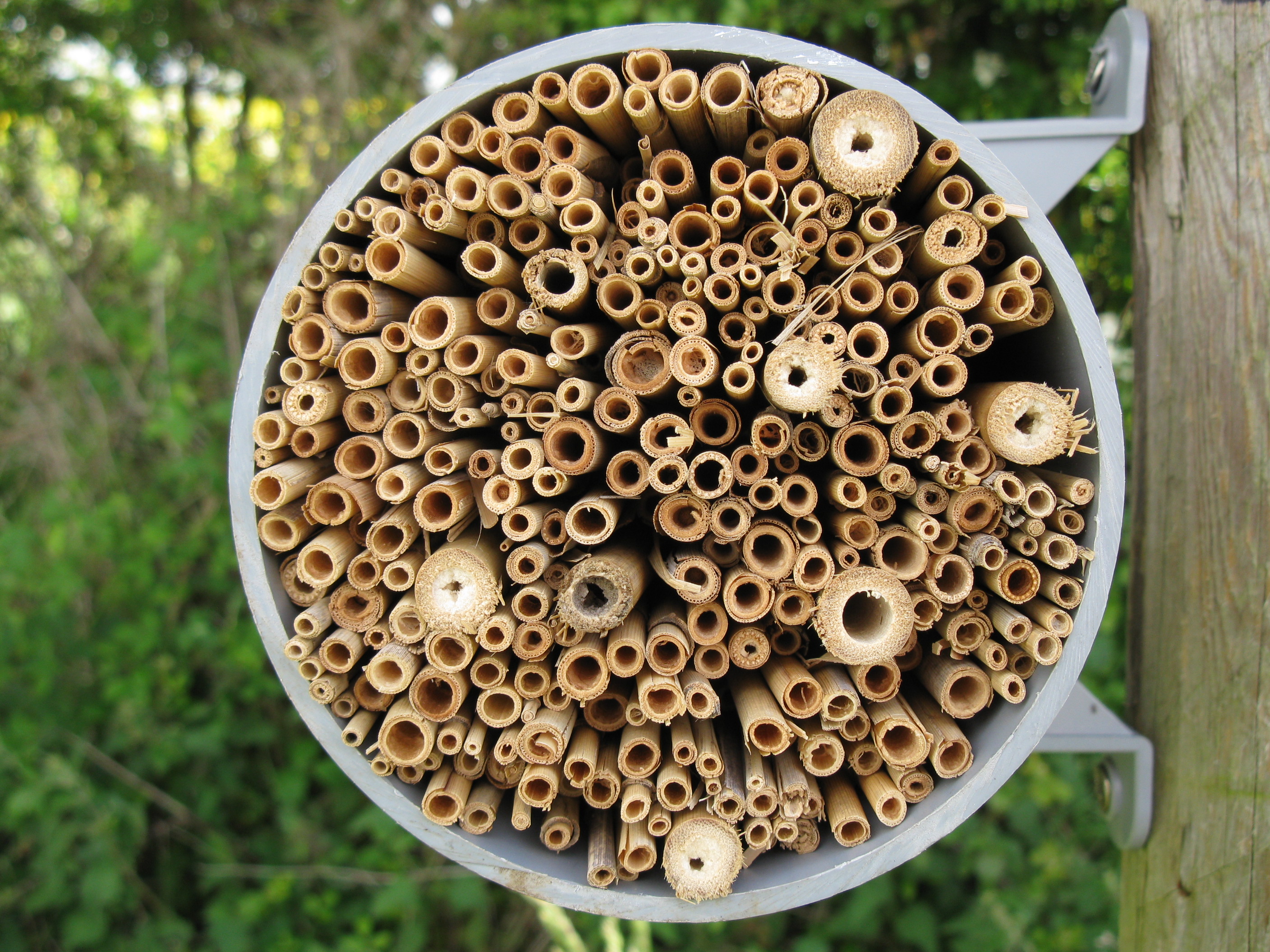 What did we find out?

Many scientific papers and reports have been published based on work carried out at Hillesden. Overall, Hillesden has helped us have a better understanding of how and where to create wildlife habitats for the greatest benefit to wildlife whilst minimising the amount of land taken out of food production. The farm now has many more species of plants and animals than it did in 2005, and we were surprised at just how quickly nature responded to the new habitats the farm created. Here are some of the key findings, to find out more follow the links to the scientific papers.

We found that an increasing area of sown habitats (including those providing seeds for birds) resulted in an increase in the number of seed-eating farmland birds in winter. For many species this resulted in a larger number of breeding territories in the following spring in parts of the farm with AES options. For others, Hillesden acts as an important winter feeding area, with the birds then dispersing to breed elsewhere. We also found that most species showed higher numbers at Hillesden than on surrounding farms. The length of the Hillesden study enabled us to analyse bird responses over 10 years. We found that there was a long-term popualtion increase in the numbers of many bird species, including nationally-declining farmland species like yellowhammer and chaffinch. Studies at Hillesden also contributed to the design of new supplementary feeding options for farmland birds in the agri-environment schemes.

A network of over 90 nestboxes helped us demonstrate the importance of large, mature trees and tall hedgerows for breeding success of blue tits and great tits on farmland, and how these species can act an indicators of habitat quality. 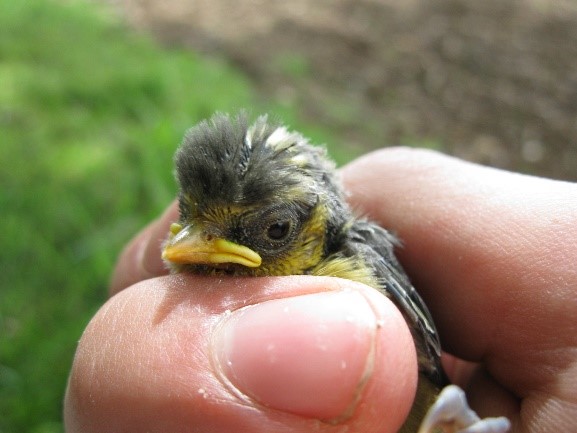 At Hillesden we used cutting edge techniques like DNA barcoding to understand how far bumblebees fly to collect pollen and nectar, how the landscape affects their genetics, and how providing the habitats that boost these resources can increase the chances of a colony producing queens that survive to found new colonies the next year. 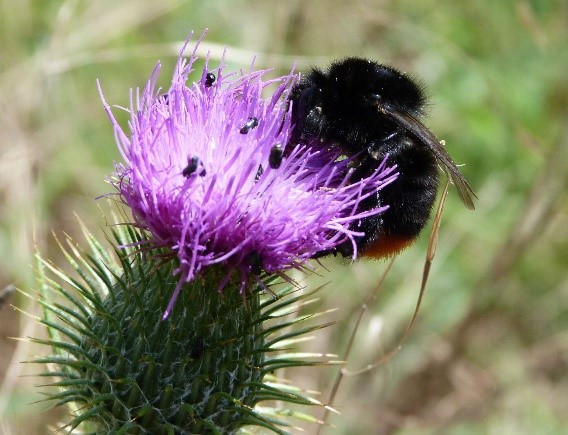 Creating a network of field margins - 6m wide strips at the edge of the field sown with tall grasses – across the farm enhanced the number and diversity of small mammals found on the farm. The species richness and abundance of voles, mice and shrews increased substantially and there was a potential spill-over from field margins onto conventional farmland. The increased abundance of small mammals help support the population of barn owls and other birds of prey resident on the estate. 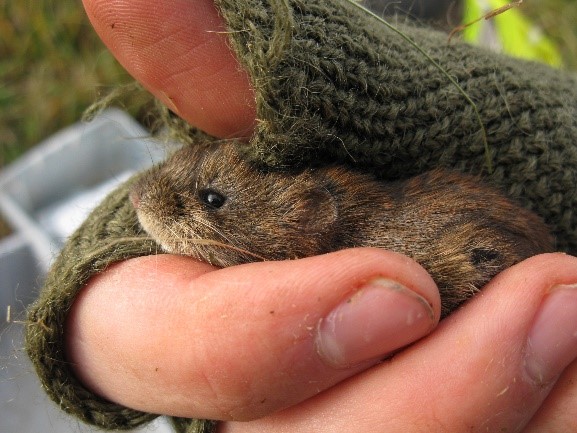 Creating tussocky grass margins and a more diverse landscape had positive effects on communities of predatory ground beetles, an important predator of crop pests. Experiments at Hillesden have also shown us how different beetle communities affect the amount of pests they consume. 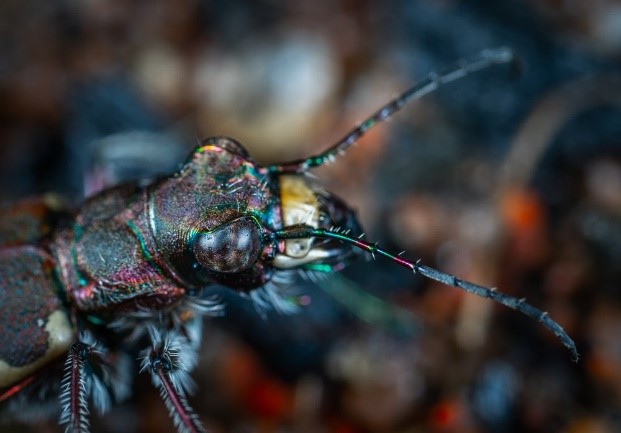 We showed that crops near grass and wildflower field margins had higher levels of pollination and natural pest control compared with those next to grass margins. The benefits of this natural pest control and pollination for the crops was found to extend up to 50m from the edge of the field. This important finding led to the development of new approaches to integrated pest management currently being trialled as part of the Achieving Sustainable Agricultural Systems (ASSIST) programme. We also found beneficial effects of habitat creation on other pollinating insects, inclusing butterflies and moths. 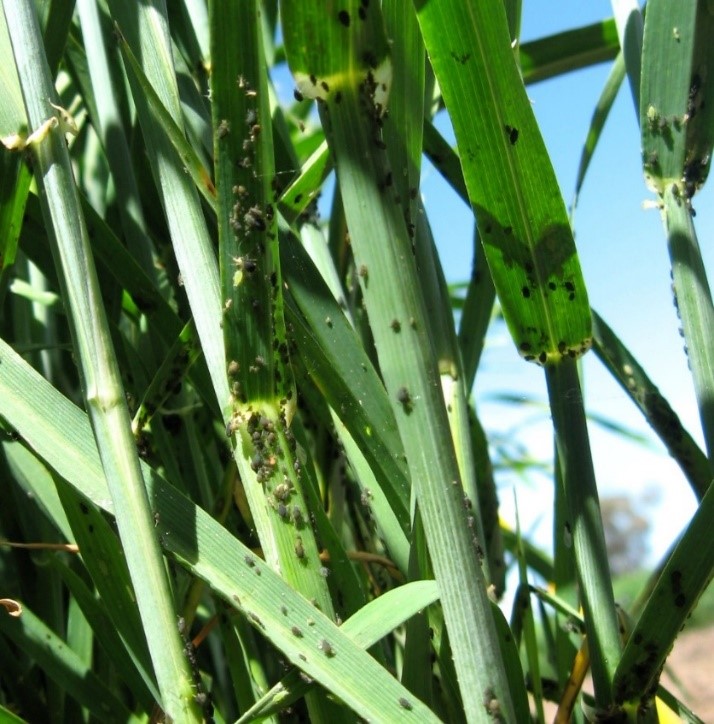 By analysing data from combine harvesters over six years, we found that crop yields can be maintained - and, indeed, enhanced for some crops - despite the loss of cropland for agri-environment habitat creation. This was the first time the idea that biodiversity can play an important role in supporting food production had been demonstrated on a commercial farm, providing a key example of a nature-based solution. 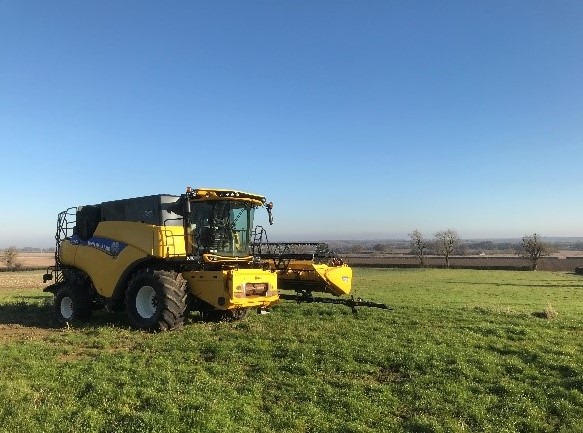 A number of arable fields at Hillesden were prone to flooding from the nearby Claydon and Padbury Brooks. The frequency of these floods appeared to be increasing under climate change, so the farm took the decision to remove them from arable production and create wildflower hay meadows. This was achieved using wildflower seed mixtures, and seed-rich hay collected from a nearby nature reserve. The 30ha of species-rich hay meadow are a haven for wildlife and play an important role in reducing flood risk, and allowed us to compare the effectiveness of the different methods of restoration. 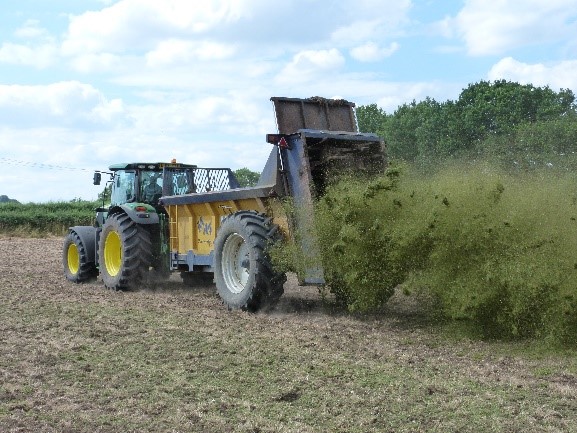 Hillesden is currently one of the trial farms for the ASSIST project, including trialling in-field strips to explore how creating habitat within fields can help boost populations of pest-controlling insects in the centre of fields, and reduce the need for pesticides. 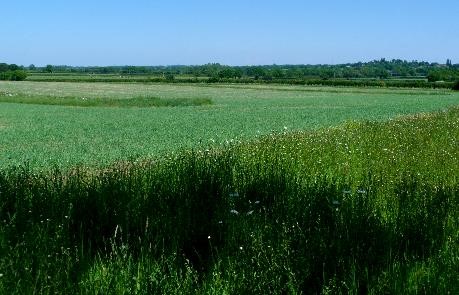 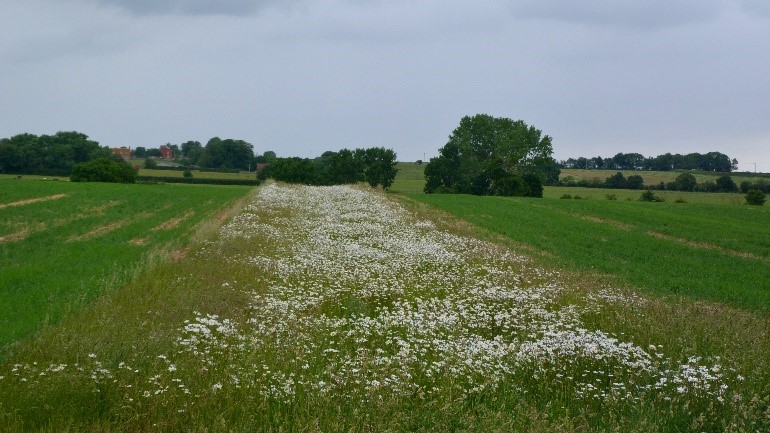 The ASSIST project has also set up instruments to investigate effects of drainage and flooding on crop yields across the farm. 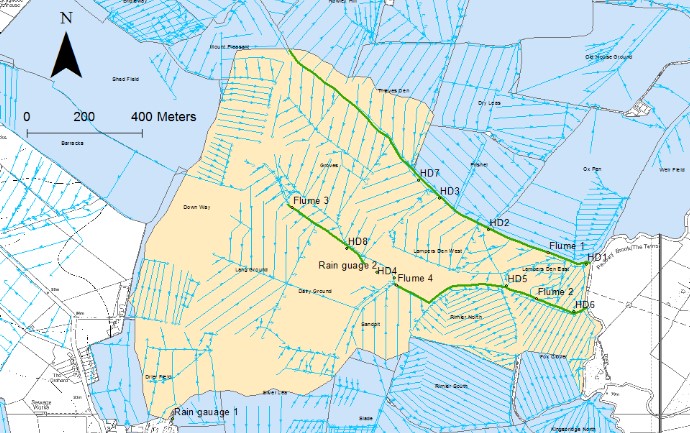 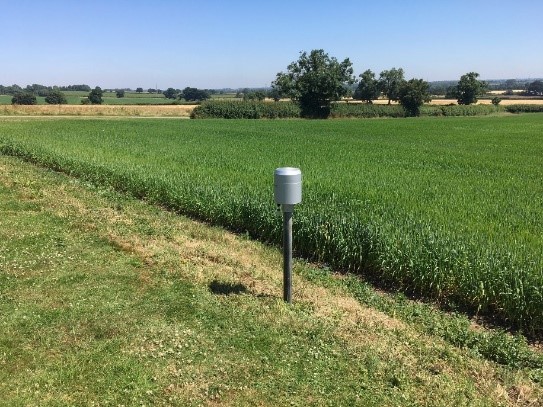 The farm have also been creating and managing other habitats for wildlife, including wildflower areas, ponds and scrapes for waders and waterfowl, and nesting platforms for terns. Regular bird ringing takes place on the farm to continue to monitor bird populations. 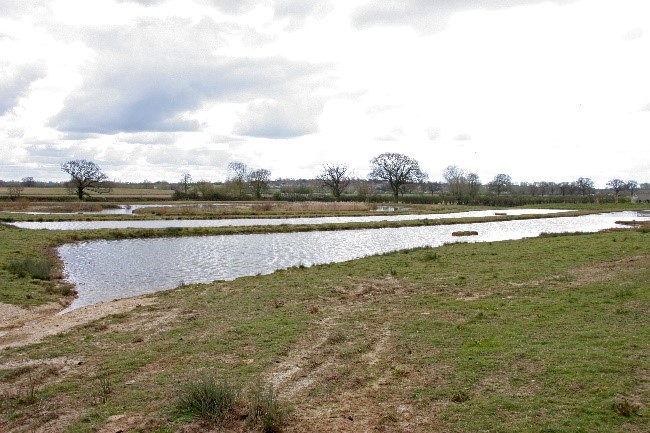 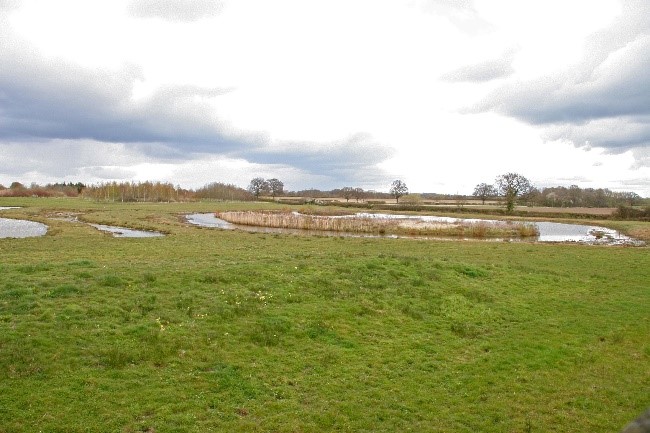 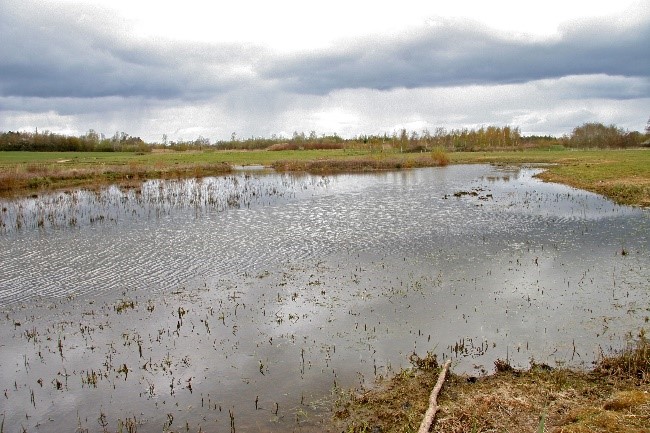 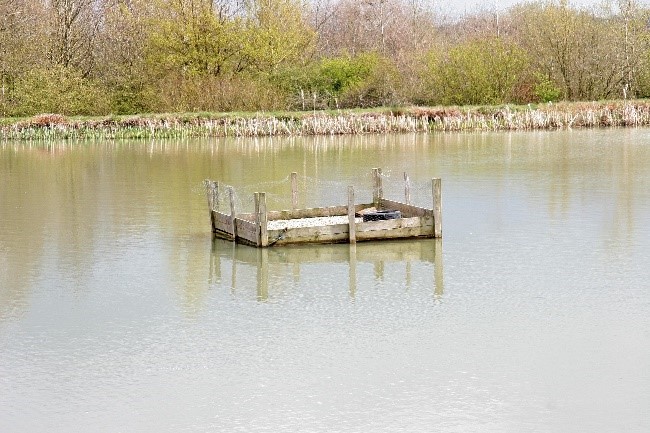 We would like to thank Mr and Mrs R. Faccenda and the Hillesden farm staff for their ongoing support and cooperation, without whom none of this work could have happened.

Experiments at Hillesden have been funded by the Department for the Environment, Food and Rural Affairs, Natural England, Syngenta, the Insect Pollinators Initiative and the ASSIST project.